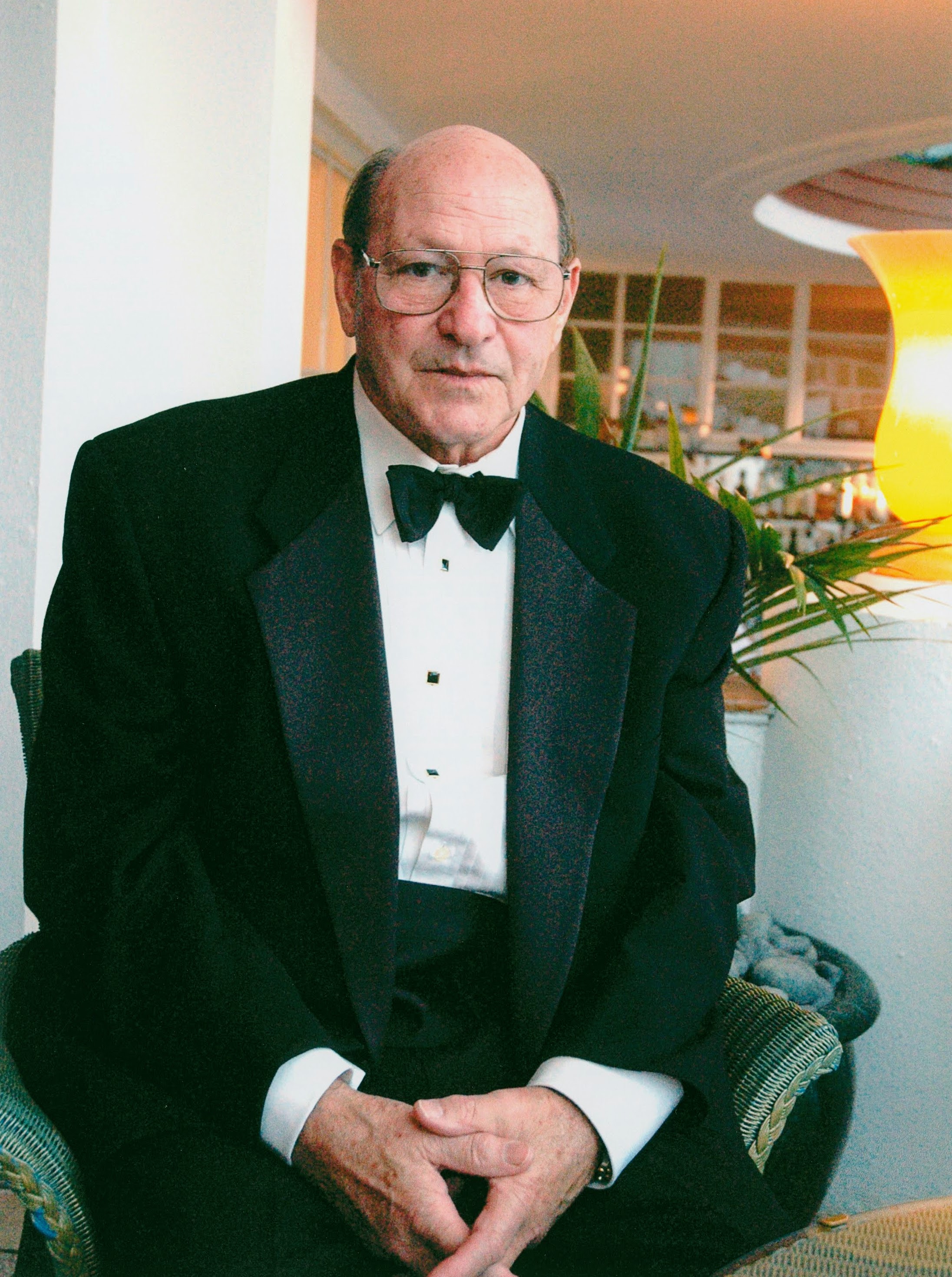 This month we have the pleasure of featuring a veteran Chicago photographer and standard bearer for historic photo preservation, Dave Phillips. He possesses a storied career as a journalistic photographer and an expansive, historically significant collection of photos and negatives. Dave’s opinions and experiences build upon the argument for preserving photography for future generations. Here’s what he shared with us.

Tell us about your professional background as a photographer.

Well, it goes way back. I started because my brothers and I are from St. Louis and my brothers had a darkroom down by the coal bin. When I was ten years old they taught me how to develop film and make prints. So my first job was when I took my dad’s 3A Kodak down to the YMCA. I was on the Minnow swim team and I would set it up and have somebody snap the pictures. Each kid bought a five by seven print for fifty cents apiece, so I was the richest kid in St. Louis.

I’m eighty-eight now and I’ve worked all kind of jobs. I was chief photographer for Monsanto and traveled all over the world for them. When I left Monsanto, I worked freelance for Life Magazine and Fortune and did all kinds of photography for annual reports and banks.

How did your style as a photographer develop through your work?

My style as a photographer is based in journalism. I set some parameters for myself that each picture wasn’t “point and shoot”; it had to say something.

I recall I had an assignment take me down to Baxley, Georgia. Monsanto was trying to get the people there to not cut their pine trees, but instead to tap them for turpentine or kerosene. They had all the people come into the local school’s gym. The white people were all down on the floor of the gym and the black people behind a rope held by two-by-fours that went all the way down. I got in the balcony on one side and shot across the room with the white people in the foreground and the black people along this line of segregation. And that’s the kind of thing I wanted. Each picture that I shot really had to say something like that.

It’s hard to explain that, rather than just point and shoot pictures. Anybody could do that. It’s about the thematic focus and not just the content of the photo. 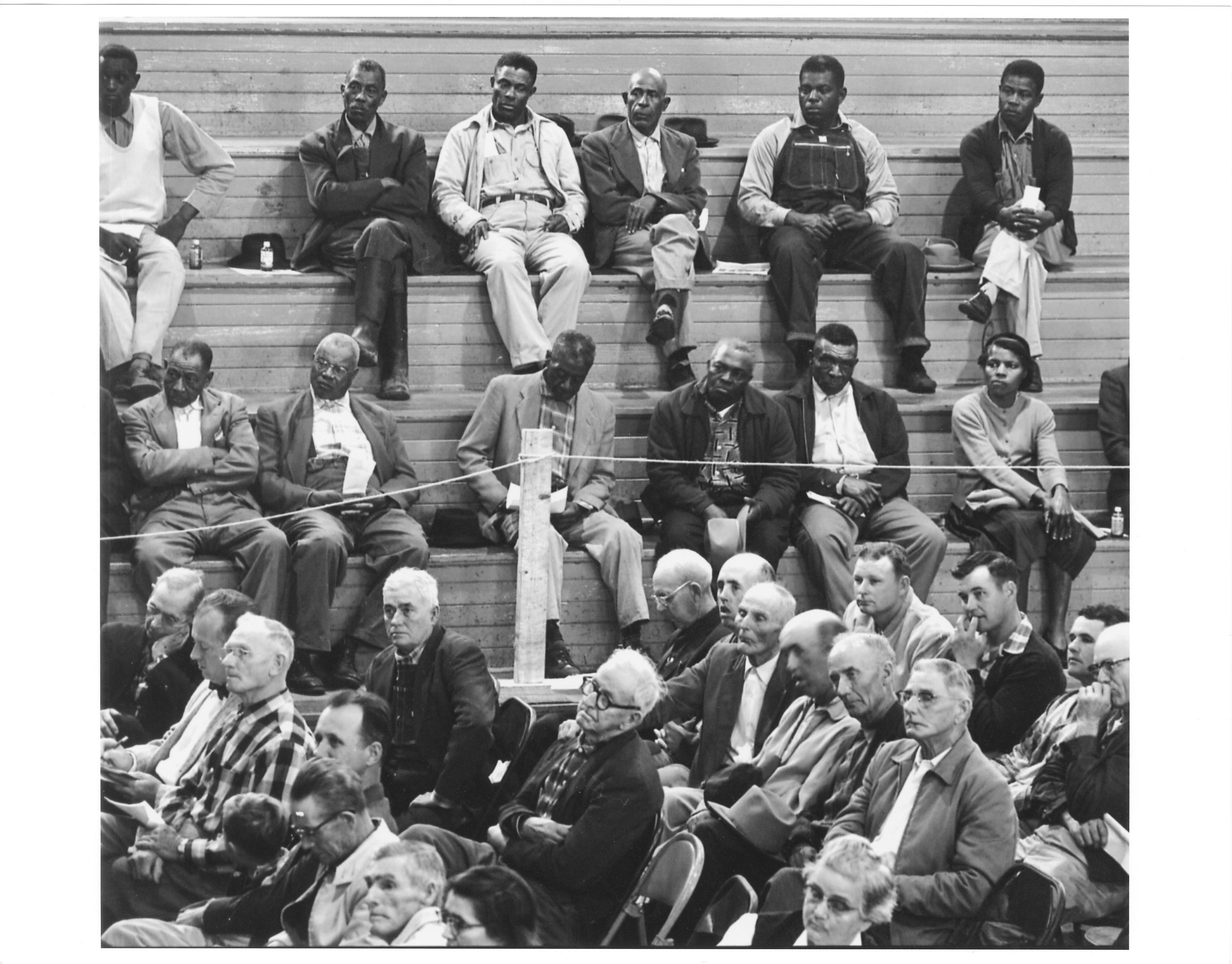 What are some of the noteworthy projects you’ve shot?

I guess the best job I got was at Monsanto because they had all kinds of cameras to use. I even shot some movies. They had a film that they did every year to show the shareholders what was happening at Monsanto. This job was on the USS Tirante a submarine in New London, Connecticut and we’d go out in the Long Island Sound to shoot the operation of the submarines. To get the effect of the submarine submerging underneath the water, I wrapped my legs around the periscope. I don’t know how the captain knew when to stop because I could have been killed, but they went down just below my feet and then they came back up.

Well there’s a series of favorite photos. When I was coming back from Monsanto’s assignment in New Jersey, shooting a sulfuric acid plant, I had to go to Hell’s Kitchen in New York. And these kids were playing with a fire hydrant. It was hot and they were squirting everybody. They didn’t squirt me, but I just kept shooting pictures and I’d get behind the little kids as [the hydrant] sprayed out. Then a cab driver came up next to the fire hydrant and rolled his window down. They just kept blasting them with water! The cab driver got out and he was all wet. The kids all ran while the cab driver chased them up the street, grabbed a garbage can lid, and sailed it in the air after the kids. I caught the whole sequence and when he came back he was holding his pants, dripping with water, got back into the cab and he was trying to drive himself like that. I called it Water on 10th Avenue.

What drew you toward becoming a photographer and what kept you going?

There’s just so many different things I’ve done, but I never considered myself a photographer. It was so much of me that it was just what I did. You know when I was coming up the photographers had a bad name because they would fight with each other just to get into position to get the picture and they hit each other with their cameras.

What are you currently working on?

I’m working on a book called Chicago Before the Fire. I have so many pictures of Chicago before the Great Chicago Fire in my collection of photos. I have at least 90,000 photos in total. I’ve also collected Chicago newspapers from 1867 to use as text in the book.

What was the first photo or series of photos you recall collecting?

I worked with a guy named Ozzy Mueller who had worked at a St. Louis studio and was very famous. He had taken all of the social pictures in St. Louis and my father’s sister married the guy that started Emerson Electric. They were a pretty prominent family in St. Louis. So Ozzy had shot pictures of Aunt Gertrude there and some other family members as well as the very famous movie star, Lillian Gish.

These were all shot on 8” x 10” wetplate negatives. Well, I looked at the negatives. They were really thin, but Ozzy told me not to worry about that. They were developed in a pyro developer, which is like Kodachrome in that it’s almost a stain. There’s so much total value in a pyro developer. So, Ozzy gave me those family negatives and some of the movie stars’ photos. That’s when I started collecting.

Why did you continue collecting photos and negatives?

I was really concerned about saving visual history. I’m worried about it now because people take pictures with telephones. The phone camera is getting so good, but people don’t print. Digital is good because you could do things digitally that you can’t possibly do in the wet sink, but there’s no archive. If someone’s telephone gets lost or broken or something and then they lose all their pictures, there isn’t going to be much historic photography. 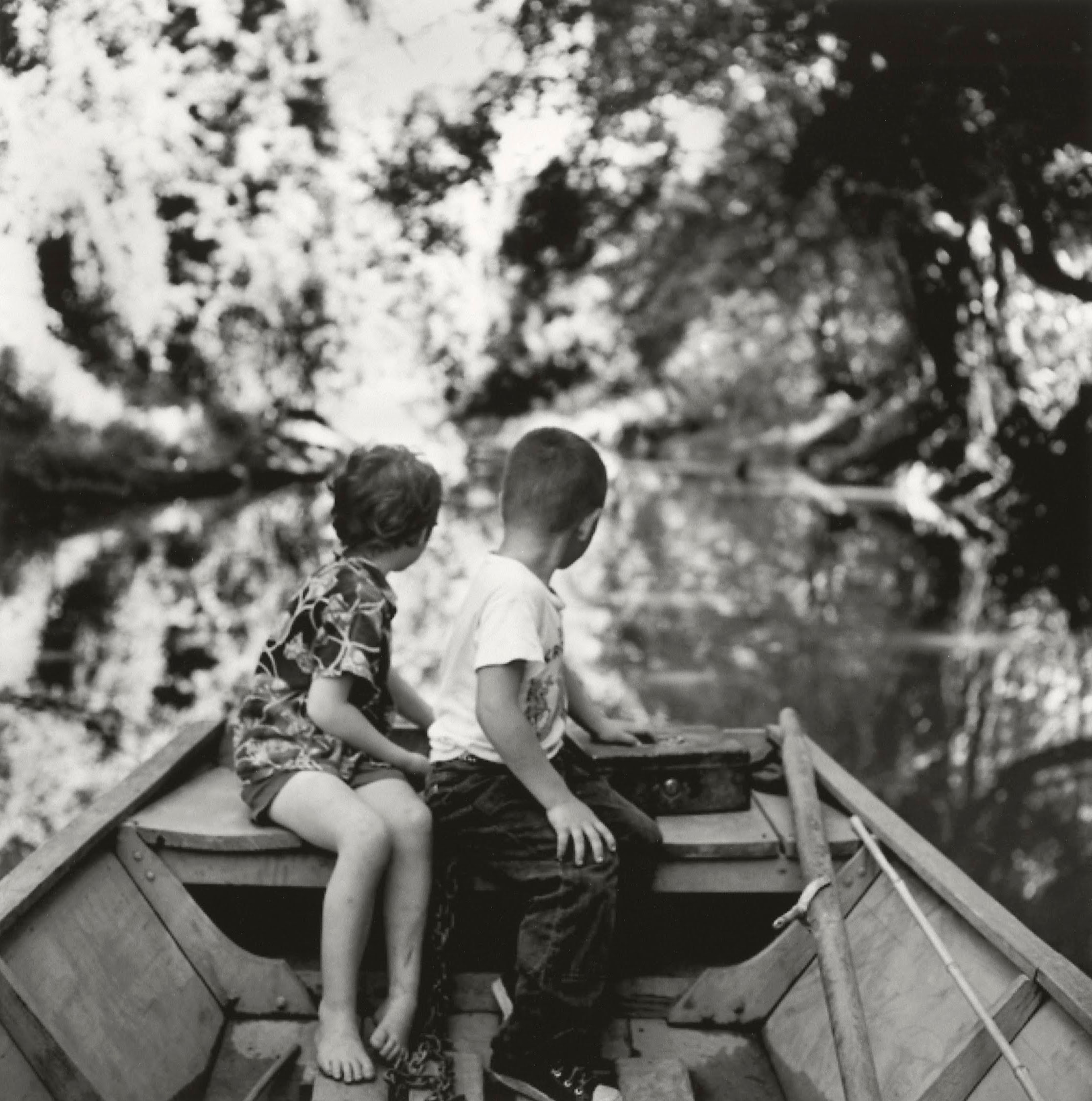 What advice would you give to aspiring artists or photographers?

Just really love what you’re doing. You just have to do it and know it and study for it. The more education you have the better off you will be.