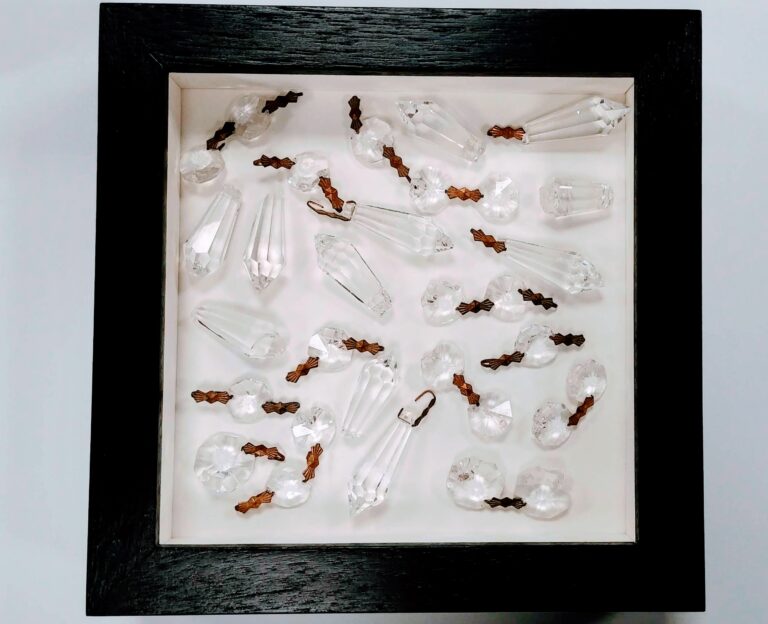 When Bill learned about Seaberg through a neighbor who works in the interior design industry, he found the ideal framing solution to create shadowboxes for his unique needs.

During his time with the Army in Iraq, his efforts spent engineering improvements to the conditions of military personnel were honored with a commemorative plaque, flag, and military coins. Bill knew he wanted these framed in a way that would honor his time abroad. Also of interest was a collection of random objects, including broken architectural remnants that he found in abandoned buildings in Baghdad. “These show the local architecture of the previous Hussein regime. I also kept bullets that were embedded in walls and doors close to where I lived. The large one was lodged over my chair and another was stuck in my door after it had ricocheted around the hallway.”

Finding a beautiful and practical way to display these objects was no simple task, but our expert Blair helped Bill find exactly that. She walked him through the possibilities until they figured out the right way to group the mementos. This resulted in an uncomplicated array of multiple framed works that highlighted each object. “What I appreciated about Blair was that she had an opinion and helped design the pieces.”

Bill’s condo offered one nook in his condo that sits at the end of the entrance hall and had the natural depth to feature and protect his wall art. “It took me a long time to figure out exactly what I wanted, but they came out great.”